Introduction: Towards a global history of paleontology: The paleontological reception of Darwin’s thought

American Palaeontology and the reception of Darwinism

Highlights Outlines the varying responses of American paleontologists to Darwinism / Explores the complexity of O. C. Marsh’s support for natural selection / Shows how neo-Lamarckians developed an alternative to Darwinism

“How nationality influences Opinion”: Darwinism and palaeontology in France (1859–1914)

Abstract I argue that verbal models should be included in a philosophical account of the scientific practice of modelling. Weisberg (2013) has directly opposed this thesis on the grounds that verbal structures, if they are used in science, only merely describe models. I look at examples from Darwin’s On the Origin of Species (1859) of verbally constructed narratives that I claim model the general phenomenon of evolution by natural selection. In each of the cases I look at, a particular scenario is described that involves at least some fictitious elements but represents the salient causal components of natural selection. I pronounce the importance of prioritising observation of scientific practice for the philosophy of modelling and I suggest that there are other likely model types that are excluded from philosophical accounts.

A new article in the Journal of the History of Biology:

The Creativity of Natural Selection? Part I: Darwin, Darwinism, and the Mutationists

Abstract This is the first of a two-part essay on the history of debates concerning the creativity of natural selection, from Darwin through the evolutionary synthesis and up to the present. Here I focus on the mid-late nineteenth century to the early twentieth, with special emphasis on early Darwinism and its critics, the self-styled “mutationists.” The second part focuses on the evolutionary synthesis and some of its critics, especially the “neutralists” and “neo-mutationists.” Like Stephen Gould, I consider the creativity of natural selection to be a key component of what has traditionally counted as “Darwinism.” I argue that the creativity of natural selection is best understood in terms of (1) selection initiating evolutionary change, and (2) selection being responsible for the presence of the variation it acts upon, for example by directing the course of variation. I consider the respects in which both of these claims sound non-Darwinian, even though they have long been understood by supporters and critics alike to be virtually constitutive of Darwinism.

What was historical about natural history? Contingency and explanation in the science of living things
Peter Harrison

The “History” of Victorian Scientific Naturalism: Huxley, Spencer and the “End” of natural history
Bernard Lightman

What are narratives good for?
John Beatty

Counterfactuals and history: Contingency and convergence in histories of science and life
Ian Hesketh

Contingency and the order of nature
Nancy Cartwright

Can evolution be directional without being teleological?
George R. McGhee Jr.

Evolutionary biology and the question of teleology
Michael Ruse

It all adds up …. Or does it? Numbers, mathematics and purpose
Simon Conway Morris

The following guest post is from writer and wilderness guide Michael Engelhard, whose new book Ice Bear: The Cultural History of an Arctic Icon is soon-to-be published by the University of Washington Press. Interested in doing a guest post about Darwin? Drop me an email at michaeldavidbarton AT gmail DOT com.

Any high school student knows (or should know) how the beaks of Galápagos “finches” (it was in fact the islands’ mockingbirds that were influential) – of species confined to different islands – helped Darwin to develop his ideas about evolution. But few people realize that the polar bear too, informed his grand theory.

Letting his fancy run wild, in On the Origin of Species, the man used to thinking in eons hypothesized “a race of bears being rendered, by natural selection, more and more aquatic in their structure and habits, with larger and larger mouths, till a creature was produced as monstrous as a whale.” Darwin based this speculation on a black bear the fur trader-explorer Samuel Hearne had observed swimming for hours, its mouth wide open, catching insects in the water. If the supply of insects were constant, Darwin thought, and no better-adapted competitors present, such a species could well take shape over time.

Systematic approaches to animals and their respective niches had long fertilized the intellectual landscape. Georges-Louis Leclerc, Comte de Buffon, in his Histoire Naturelle (published serially between 1749 and 1788) clearly distinguished a “land-bear” from a “sea-bear.” But his land-bear category was still muddled: it included a “white bear of the forest” as well as a white sea-bear. The count would have likely become aware of polar bears in the boreal forests of Hudson Bay by 1782, when France occupied Prince of Wales Fort at the mouth of the Churchill River. In a 1785 German edition of the Histoire Naturelle, Buffon’s white land-bear looks different from his sea-bear, clearly showing the shorter neck and snout characteristic of brown bears and black bears. Perhaps the count knew about British Columbia’s white black bears or “spirit bears,” which could have confused him. (Other contributions by Buffon were significant. He discovered the first principle of biogeography, noticing that despite similar environments, different regions have distinct plants and animals.)

Buffon’s classifying of animals by region or habitat – as in the case of the two “different” white bears – prompted later naturalists to try to explain their origins and distribution as resulting from the characteristics of a place. Long before the idea of “habitat” began to infiltrate scientific discourse, the polar bear’s range and that of its prey had been linked to environmental conditions. Synthesizing the work of the Comte de Buffon and other naturalists, the Anglo-Irish Romantic writer Oliver Goldsmith thought the “Greenland bear” exceptional, because it is “the only animal that, by being placed in the coldest climate, grows larger than those that live in the temperate zones. All other species of animated nature diminish as they approach the poles, and seem contracted in their size by the rigours of the ambient atmosphere… In short, all the variations of its figure and its colour seem to proceed from the coldness of the climate where it resides and the nature of the food it is supplied with.” Food availability does play a role in body mass, as does a region’s mean annual temperature, and while polar bears are not the only compact animal thriving in the Arctic such biogeographic observations anticipated the theory of evolution and principles of ecology.

On Svalbard expeditions in the summers of 1858 and 1859, the Scottish nobleman-explorer James Lamont watched polar bears frolic and dive. Intuiting that the animal had become what it is by living on seals, he deduced that the seal and the walrus must have originated first. Lamont assumed that polar bears had evolved from brown bears, “who, finding their means of subsistence running short, and pressed by hunger, ventured on the ice and caught some seals… so there is no impossibility in supposing that the brown bears, who by my theory were the progenitors of the present white bears, were accidently driven over to Greenland and Spitzbergen by storms or currents.” The palest brown bears with the greatest amount of external fat, Lamont thought, would have had the best chance to survive and therefore, reproduce. Upon his return, he wrote to Darwin, whose On the Origin of Species had been published in 1859. Encouraged by Darwin’s response, Lamont elaborated upon walrus and polar bear evolution in his 1861 travelogue, Seasons with the Sea-horses. Darwin approved of Lamont’s hypothesis and because Lamont’s thinking on the subject predated the publication of On the Origin of Species, he later credited Lamont (as he did Alfred Russell Wallace) with independently conceiving the theory of natural selection.

The oldest polar bear fossils found are from Svalbard and northern Norway and have been dated at 115,000–130,000 years old, before the beginning of the last Ice Age. But some biologists think that polar bears diverged from brown bears as early as 600,000 years ago. According to current research, polar bears evolved from brown bears that ventured onto the frozen ocean to stalk marine mammals, possibly after climate separated them from the main population descended from a common ancestor. This was not a single, clean-cut departure, and repeated pairings between both species have turned the family tree into a thicket. Shrinking sea ice could force polar bears to mingle with their southern cousins again, particularly as the latter now travel farther north. In coastal Arctic Alaska, grizzlies have been observed feasting on bowhead whale carcasses, sometimes in the company of polar bears and interbreeding has been documented.

After he had been ridiculed for his musings on a future, insect-eating cetacean bear, Darwin altered that passage in the second edition of Origin and removed it from subsequent ones. “The Bear case has been well laughed at, & disingenuously distorted by some into my saying that a bear could be converted into a whale,” he responded to the Irish algae specialist William Henry Harvey. Still, Darwin insisted that “there is no especial difficulty in a Bear’s mouth being enlarged to any degree useful to its changing habits,—no more difficulty than man has found in increasing the crop of the pigeon, by continued selection, until it is literally as big as whole rest of body.” Lamont’s observations and theorizing as well as the later findings about polar bear evolution vindicated the eminent naturalist and his thought experiment.

Michael Engelhard is the author of Ice Bear: The Cultural History of an Arctic Icon (University of Washington Press). Trained as an anthropologist, he now lives in Fairbanks, Alaska and works as a wilderness guide in the Arctic.

A new article from the journal Endeavour:

The challenge of instinctive behaviour and Darwin’s theory of evolution

Abstract In the Origin of Species (1859), Darwin argued that his revolutionary theory of evolution by natural selection represented a significant breakthrough in the understanding of instinctive behaviour. However, many aspects in the development of his thinking on behavioural phenomena indicate that the explanation of this particular organic feature was by no means an easy one, but that it posed an authentic challenge – something that Darwin himself always recognized. This paper explores Darwin’s treatment of instincts within his theory of natural selection. Particular attention is given to elucidate how he tackled the difficulties of explaining instincts as evolving mental features. He had to explain and demonstrate its inheritance, variation, and gradual accumulation within populations. The historical and philosophical aspects of his theory are highlighted, as well as his study of the case in which the explanation of instincts represented a ‘special difficulty’; that is, the sterile castes of social insects. 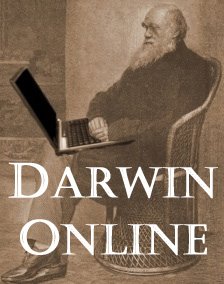 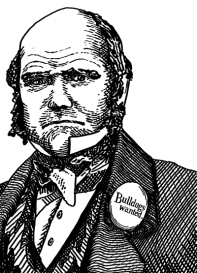 The Dispersal of Darwin
Create a free website or blog at WordPress.com.