I learned today at the volunteer/intern orientation that in the olden days (1950s), the Oregon Museum of Science and Industry had a spaceman mascot, named Ismo (OMSI backwards). 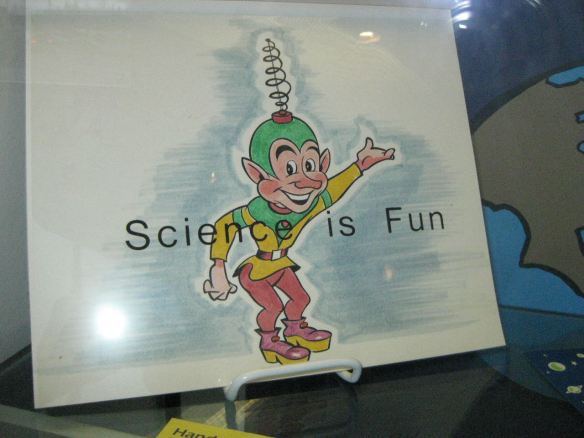 Science is fun, Ismo! But who needs such a silly-looking mascot when OMSI has its own astronaut and OMSI kid:

Barratt, I should note, has ties with The HMS Beagle Project.

Wednesday we leave for a trip to California to see both of our families and a few days in Yosemite National Park (I’ve never been), and I will start interning at OMSI in mid-June, with the Einstein exhibit coming later in that month. In the meantime, I’ve some Tyndall letters to finish up, and reading Walter Isaacson’s Einstein: His Life and Universe